the Sabra and Shatila massacre 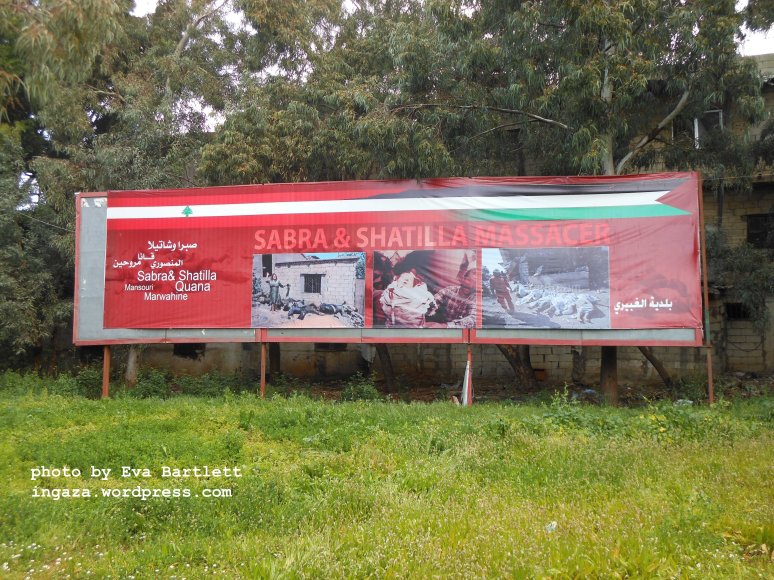 Two days before Land Day and the GMJ, we visit Sabra and Shatila. An impoverished Beirut neighbourhood and Palestinian refugee camp in the same vicinity, Sabra and Shatila are known for the savage massacre of Palestinian refugees and poor Lebanese Shiites (internally displaced from southern Lebanon by the Israeli occupational brutalities) which killed anywhere from over 3000 children, men and women—the assassins killed out of the sight of media and covered their tracks with mass graves, so the precise numbers of martyred are not known.

From September 16 to 18, 1982, Phalangists, a Christian Lebanese militia aided, trained, and supported by the Zionist state, slaughtered victims locked into the camp area by surrounding Israeli occupation forces. “It was a killing spree,” X, a Lebanese, tells me. He outlines the basics of the massacre and events leading up to it.

After the withdrawal of Palestinian Liberation Organization (PLO)…