“WHY NONE BUT BASHAR?” Ghassan Kadi

This article was published, taken off and revamped to make sure its wording cannot be misconstrued and used in a manner that is contrary to its objective. Initially titled “Why Bashar”, the title too had to be reworded to emphasize that the question implies that there is no choice for Syria at the moment but Bashar. 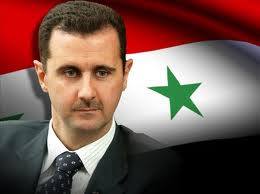 “WHY NONE BUT BASHAR?”

When we discuss the Syrian leadership, we ought to be honest and address the issues that the anti-Bashar camp uses against him. Questions relating to his rise to power, a rise that was highly controversial among many Syrian scholars and intellectuals who did not accept it lightly, asking and wondering why is it that out of more than 10 million eligible Syrian adults would this man be plucked out of medical school and groomed to be president? In their inner circles, they questioned doesn’t the nation…